The extraordinary true story of the safe blower who became a war hero.

Throughout an astonishing criminal career, Johnny Ramensky was the foremost safe-blower of his era. His exploits and audacious escapes from maximum security prisons also helped make him a household name – admired by some, notorious to others. But when the Second World War broke out, Ramensky joined the elite Commandos and his story became legend.

Gentle Johnny Ramensky is the remarkable story of a boy reared in poverty who became one of the world’s most extraordinary safe-blowers both as a criminal and as a ware hero who wore the Green Beret with pride. 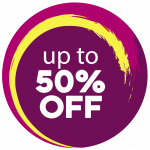 Please go to our „Buy Tickets“ Button and once you have selected your tickets just add the promo code HMP1888.

*  This offer is subject to availability and must be pre-booked in advance to avoid disappointment.
We are open daily 10-4 with last entry being 2.30.